The Fall of the Roman Empire

The death throes of the Roman Empire began in the year 376 CE with the arrival of the Visigoths and their ruinous triumph over the Romans in the Battle of Adrianople. In the following years the Visigoths repeatedly devastated imperial territory and even sacked Rome. The Visigoth invasion was accompanied by the onslaught of other Barbarian hordes, mostly of Germanic origin, that spread throughout Gaul. Rome was not able to annihilate them and was forced to negotiate and gradually cede territories to the invaders. Despite the vigorous resistance offered by Rome's last great generals (including Stilicho, Flavius Constantius, Flavius Atius), by the middle of the fifth century - following the loss of most of Gaul, Spain, Africa, and Britannia - the Empire's territorial expanse had severely diminished. In the year 476 CE the Empire came to an end when the Barbarian Odoacer deposed the last sovereign, Romulus Augustus, and the imperial insignia were bestowed upon Constantinople.

Giorgio Ravegnani teaches Byzantine History at the University of Venice. 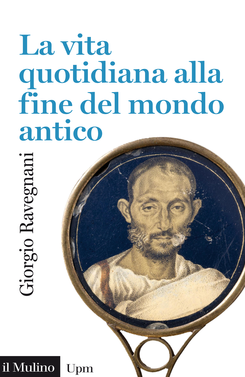