Living in the Shadow

Migration is one of the main engines of socio-economic and cultural change in society, even more so in the last decade, as millions of people left their home countries in search for better opportunities. Migration alters the economic and cultural milieu, and the very identity of both countries of origin and of destination. So far the governments of receiving countries reacted mostly by tightening their immigration policies. Was this policy shift successful in curbing migration flows? The answer is no. Indeed, the flows did not vanish. Nevertheless tight immigration policies did accomplish something: They shifted the balance from regular to irregular immigration. The growing multitude of foreigners living in the shadow is then the byproduct of such policies.
However, living in the shadow likely modifies migrants' behaviour and the related economic outcomes, something which immigration policies usually do not account for. Such omission is partly due to lack of knowledge about illegal migrants, obviously not recorded in the official statistics. Moreover, obscurity on this phenomenon unduly amplifies fear and mistrust by the public opinion. So, even tighter policies may be chosen under wrong premises.
The book sheds light on the causes and consequences of illegal migration. This is accomplished by means of economic analysis and original field survey data recently collected in Italy, perhaps the main gateway of illegal migration to Europe. Interesting insights are provided on the characteristics of clandestines, on their expectations and on the main motivations for migrating illegally. In particular, the book emphasises the economic costs of clandestinity for all parties involved: migrants themselves, the coutries of origin and of destination.
Clearcut implications are reached. The current state of European migration policy is unsatisfactory. In the last chapter the authors suggest some directions for the future. Namely, they conclude that taking the migrants out of the shadow is the best policy to boost the economic dividend of migration. This regards not only the migrants themselves but also receiving and sending countries. 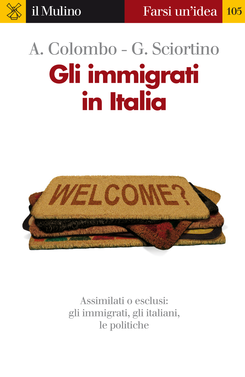