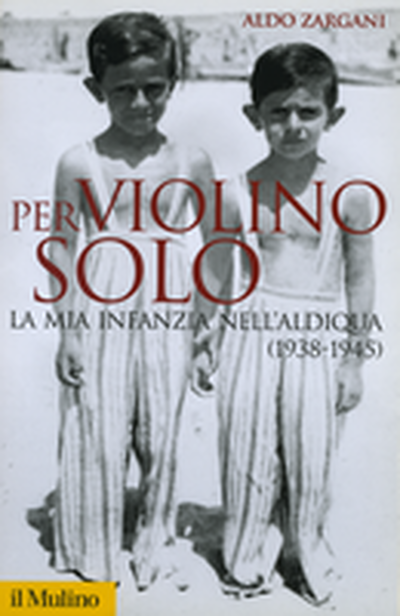 A Jewish Childhood in Fascist Italy

The anti-Semitic persecution starting with the fascist racial laws of 1938 has been recounted many times; many of its victims felt bound to bear witness. Among these is Aldo Zargani, but the difference is that those "seven years of troubles", 1938-45, that for half a century have weighed on so many memories, were the years of his childhood, from the age of five to twelve, and therefore, despite everything, years of enchantment. Skilfully orchestrating his memories in "fairy-like constellations" that disrupt chronology, Aldo Zargani travels over again the misfortunes of his family (parents and two little children) in the seven years of anti-Semitic persecution: his father's loss of his job as a violinist, the exclusion from school, the failed attempt to expatriate, and, after the 8th September, the true flight from Turin, first to Asti, then, the children, hidden in a boarding-school, and finally in the last months in a mountain valley controlled by partisans. But if this terrible period is etched in the heart of the child like an untreatable wound, the memory that revisits it is able to extract a multicoloured array of characters and situations, from the comic to the grotesque, that nevertheless inhabit childhood years.

Aldo Zargani (1933-2020) worked for RAI, the Italian broadcasting network, from 1954 to 1994, first in Turin and then in Rome. For Solo Violin has been translated into English, German, French and Spanish.